Chateau Chizay is a legendary story about love and wine

Chateau Chizay – is one of the most important wineries of Ukraine. The historical region of Transcarpathia is located in the Western Ukraine, in the area of Carpathian Mountains where Ukraine borders Hungary, Poland, Romania and Slovakia. Here the mild sun light is wonderfully combined with optimal rainfall amount, and Carpathian Mountain landscape covers the vineyards from northern winds. Soil, full of minerals and micronutrient elements adds a unique taste to the grapes, and wine gains a very special nature.

Transcarpathia is a historic vinicultural land. Hillsides of the volcanic Carpathians, a lot of the sun and sufficient water amount predetermined the development of winemaking on these lands since ancient times. Transcarpathian wines were supplied to courtyards of medieval kings and nobles, even presidents of modern states. The culture of Transcarpathian winemaking is unique because during historical vicissitudes it incorporated Hungarian, Italian, Austrian and even Soviet traditions. It is the result of this cultural composition that gave such an interesting and colourful product as Transcarpathian wine.

Chateau Chizay was built in 1995 after decades of hard times for Ukrainian winemaking during communist time of USSR. However, it has deep connection to local ancient winemaking tradition, being built at the place of historical winery from the 17th century in the middle of winemaking valley named Chizay. It is a modern wine making complex consisting of 272 hectares of own vineyards, modern winery, house of wine-tasting, museum, restaurant and mini hotel. Our traditional and kosher wines are in high demand worldwide including the United States, Canada, Australia, Japan, Israel, UK, Nigeria, Hungary Poland, and other countries.

Our principles are diligence and honesty, respect for nature and love for what we do. To make fine quality wines is interesting, but we want more. We are not happy to be just the best. We have to be unique.

We create a new history of winemaking in Transcarpathia. We create emotions. This is the philosophy of Chateau Chizay. We know what we do and love it.

Welcome to our world! 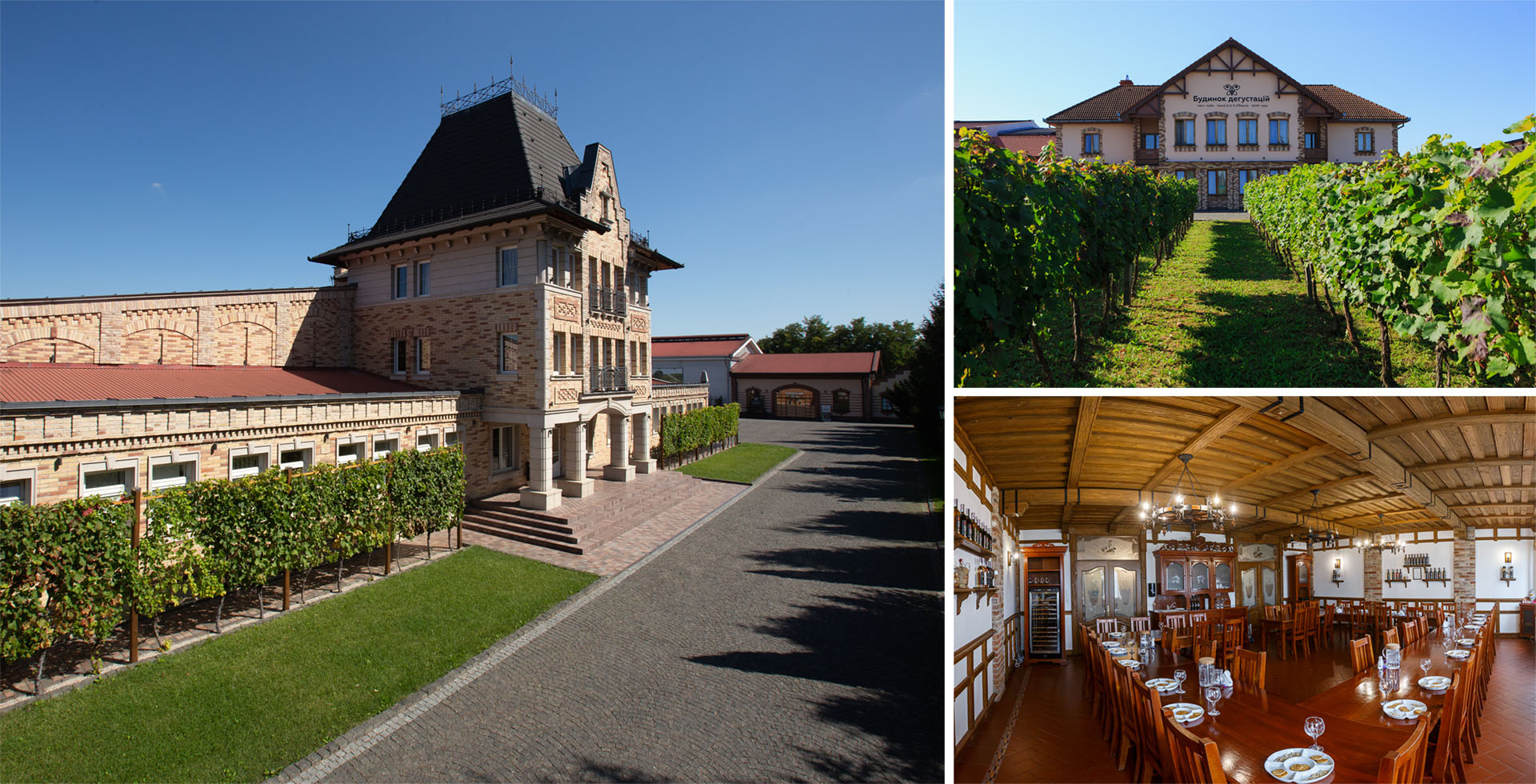 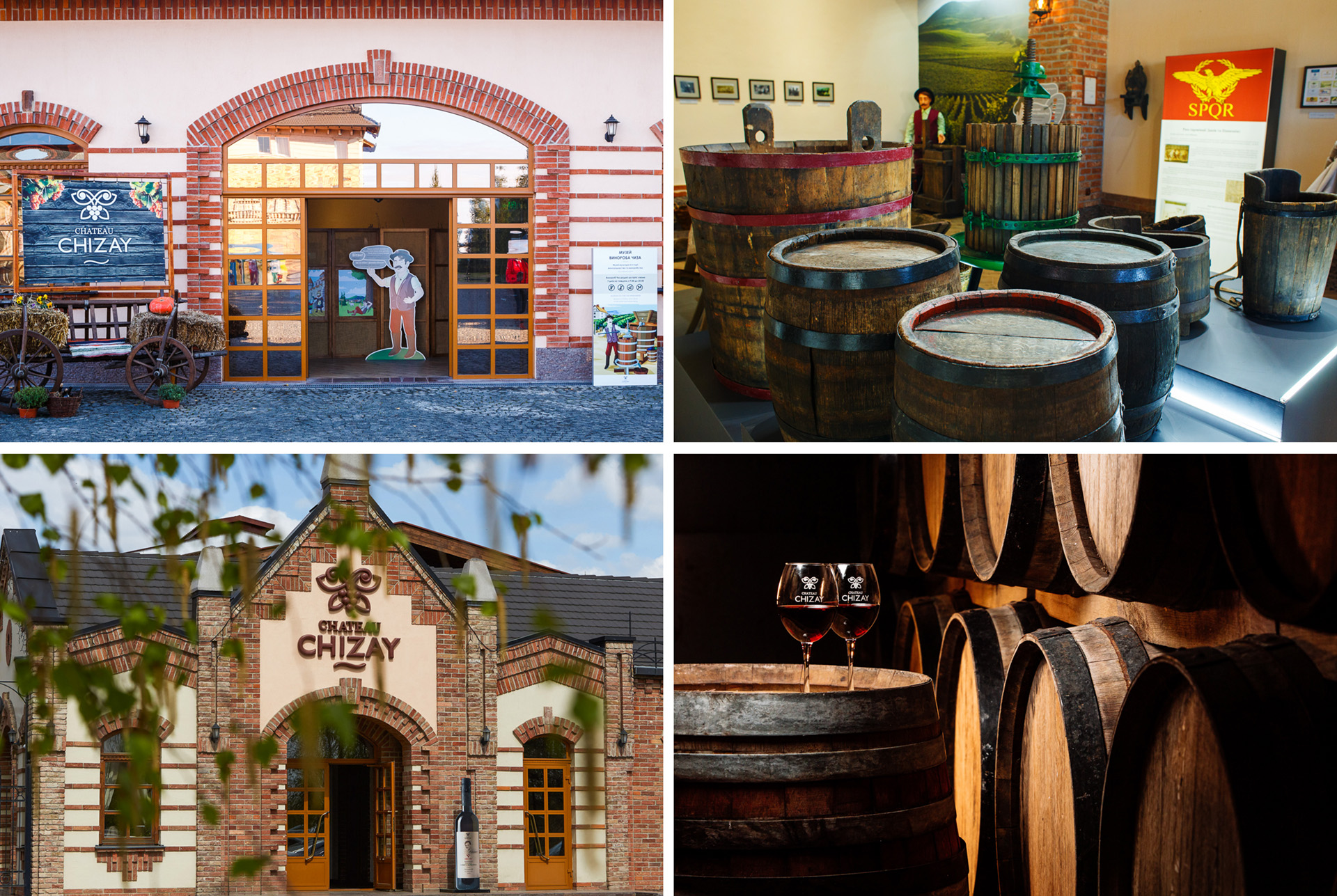 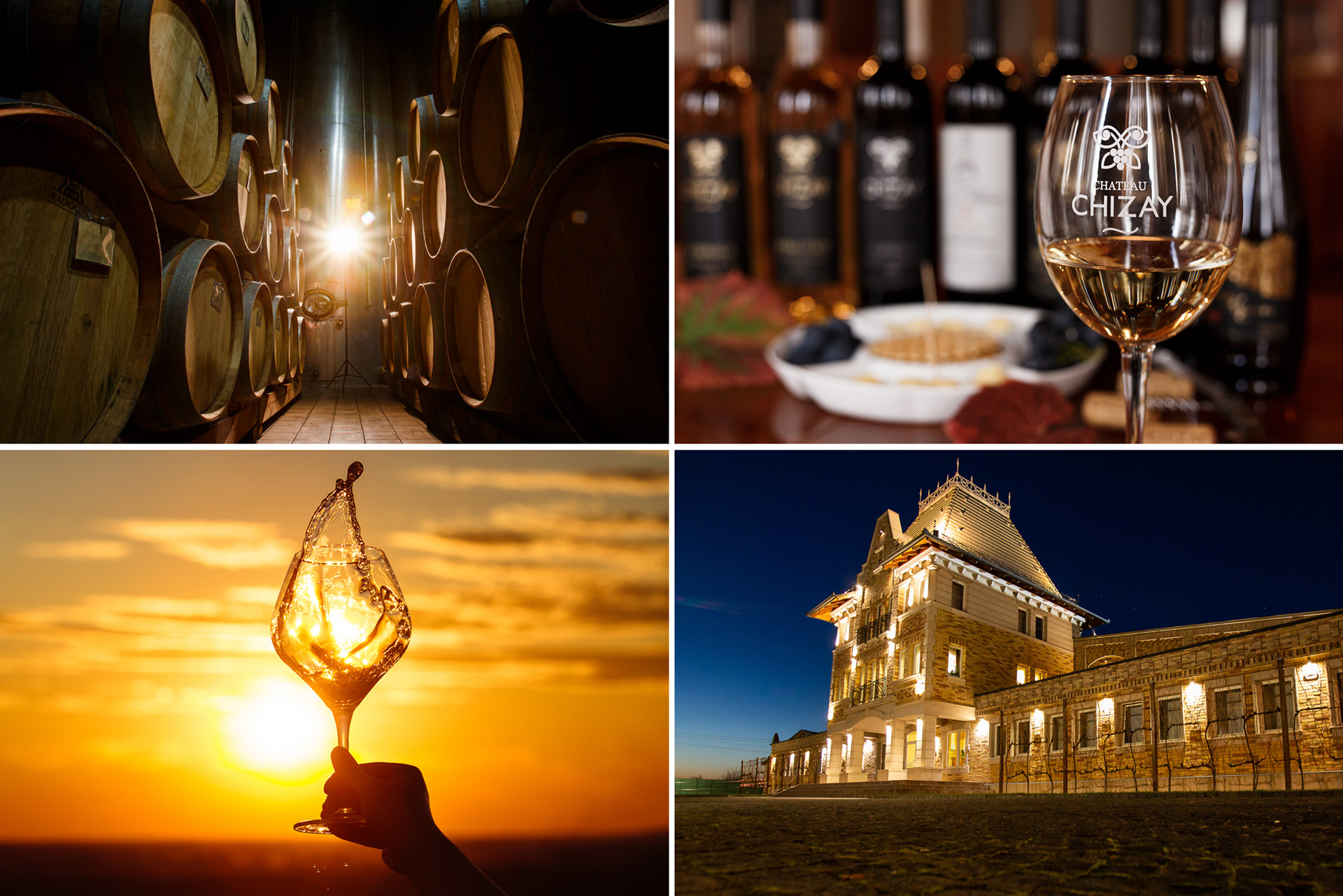 Where does history begin?

Let us introduce you the founder of the Wine Complex Gennadiy Gutman with a portrait of his grandfather, who taught him to love wine and his native land. But everything started much earlier …

The beginning of XIII century. King of Hungary, István II gave the land to his subordinate named Csepán. In 1230 his son Csiz (Chiz) became the heir of this land. Ownership was called Chiz Thai, “the estate of Chiz”. Subsequently, the area will be called “Chizay”.

XV century. The wine manor in the natural area of Chizay appeared on Hungarian maps. It was wine supplier to the rulers of Mukachevo castle, the royal courts of Europe and kings of the northern lands.

XVIII and XIX centuries. The time of Austria-Hungary ruling was the time of heyday. Local wine makers improved their skills, the region’s wine was known in Europe.

1870s Grape phylloxera came to Transcarpathia with new vines. The pest destroyed more than half of the vineyards in Europe.

The end of XIX – beginning of XX century. Technologies of viticulture and winemaking were developing. Plants of European and local varieties were planted in Transcarpathia.

1919 Berehove, which was under Romanian rule for not a long time was withdrawn to Czechoslovakia.

From 1938 to 1944 Hungarian era continued, and with it the winemaking tradition developed.

1945 Transcarpathia was annexed to the Soviet Union. The new system destroyed usual economy, but the traditions were not lost. Establishment of agricultural enterprises contributed to the expansion of vineyard areas.

1985-1988 “Anti-Alcohol Campaign”. Most of the vineyards were destroyed in Transcarpathia, European varieties were cut down, Isabella took their place. Transcarpathia still has not recovered the loss.

1995 – A new enterprise was built on the site of the old winemaking manor Chizay.

2005 – The building turned into a country palace. Chateau Chizay got the status of a tourist attraction.

2006 – We based our own grape plantations. The vineyard area of Chateau Chizay is 272 hectares. This is 1 million 88 thousand seedlings.

2016 – The best red wines were aged in barriques made of French oak. In 2018 we continue to produce a premium collection of aged wines and introducing new white aged wines.

2018 – We started an educational project Chateau Chizay Academy. We develop the brand of “Transcarpathian Wine” with the dream of well-being of our wine-growing and winemaking region. We started Direct distribution of wines in HoReCa.

2019 –  A new “Museum of winemaker Chiz” is opened. Partnership program “Bordeaux-Transcarpathia” is started and a festival “Young wine celebration” is introduced in Chateau Chizay!

The story goes on… 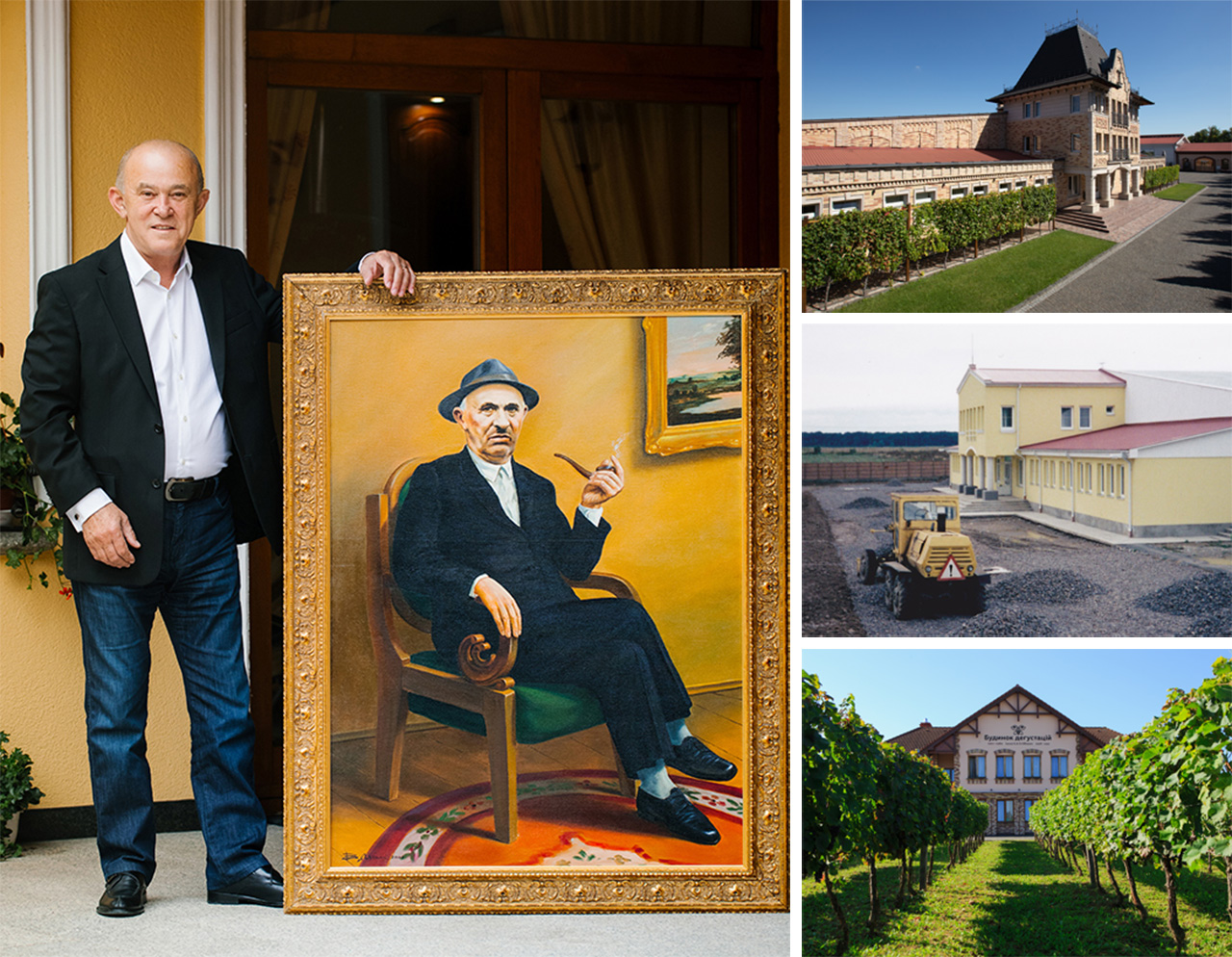 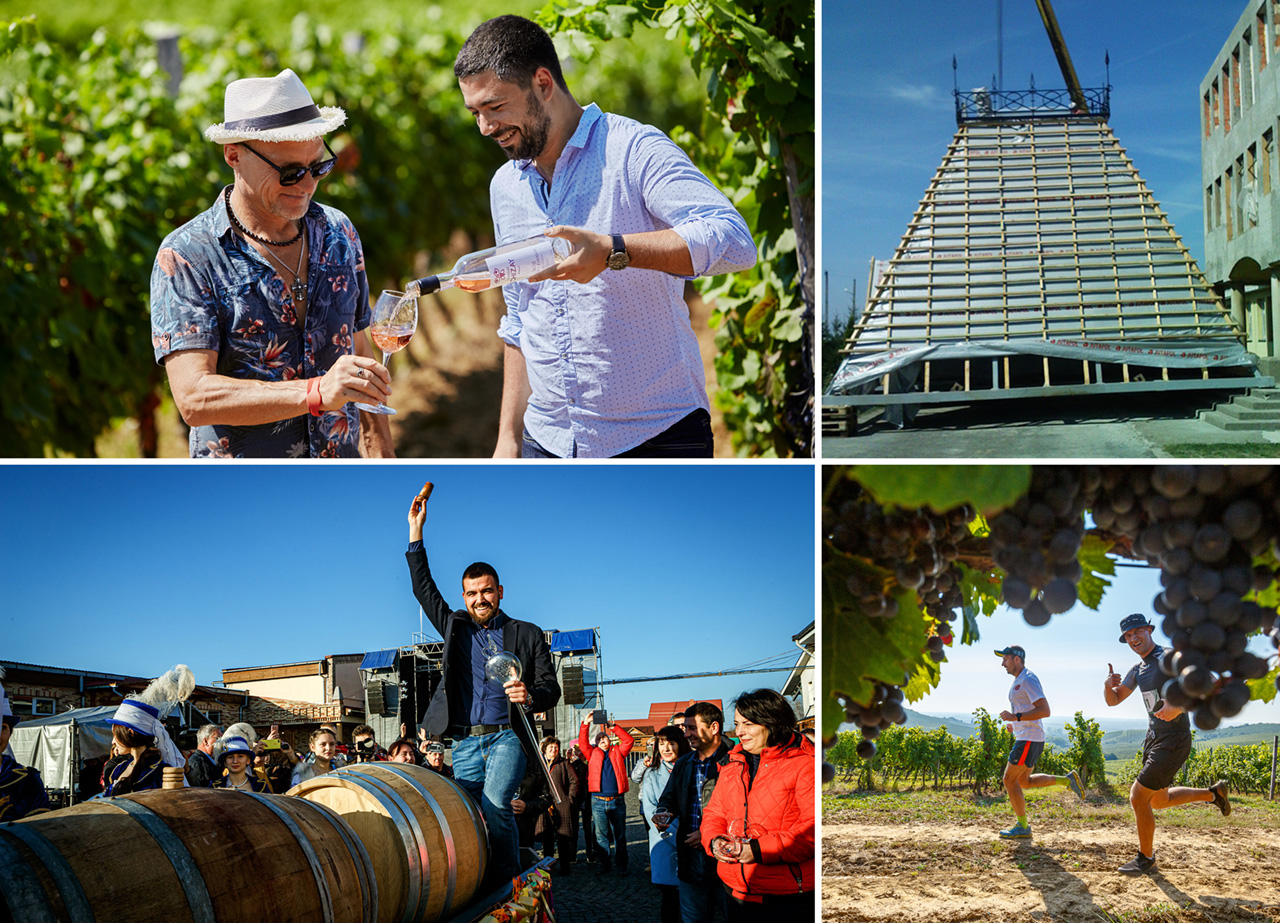 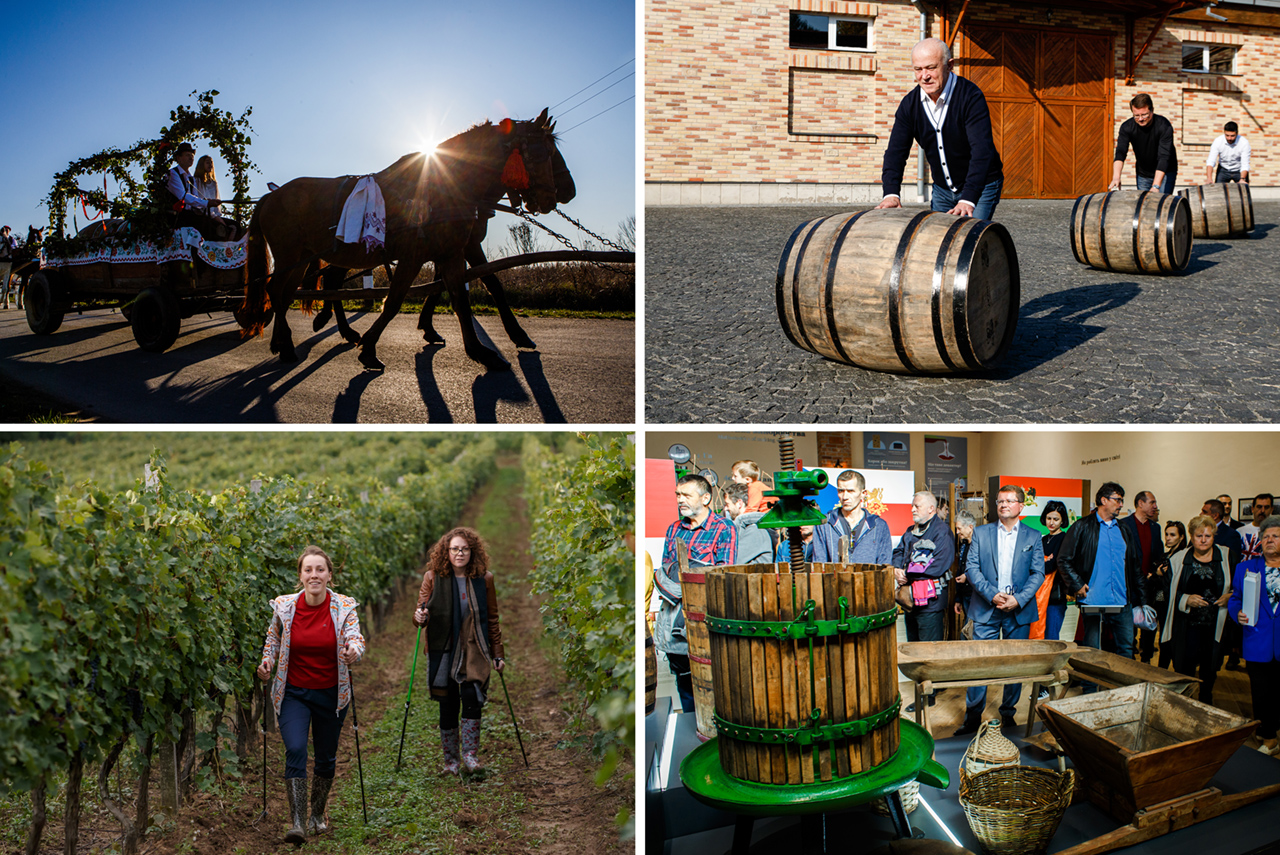 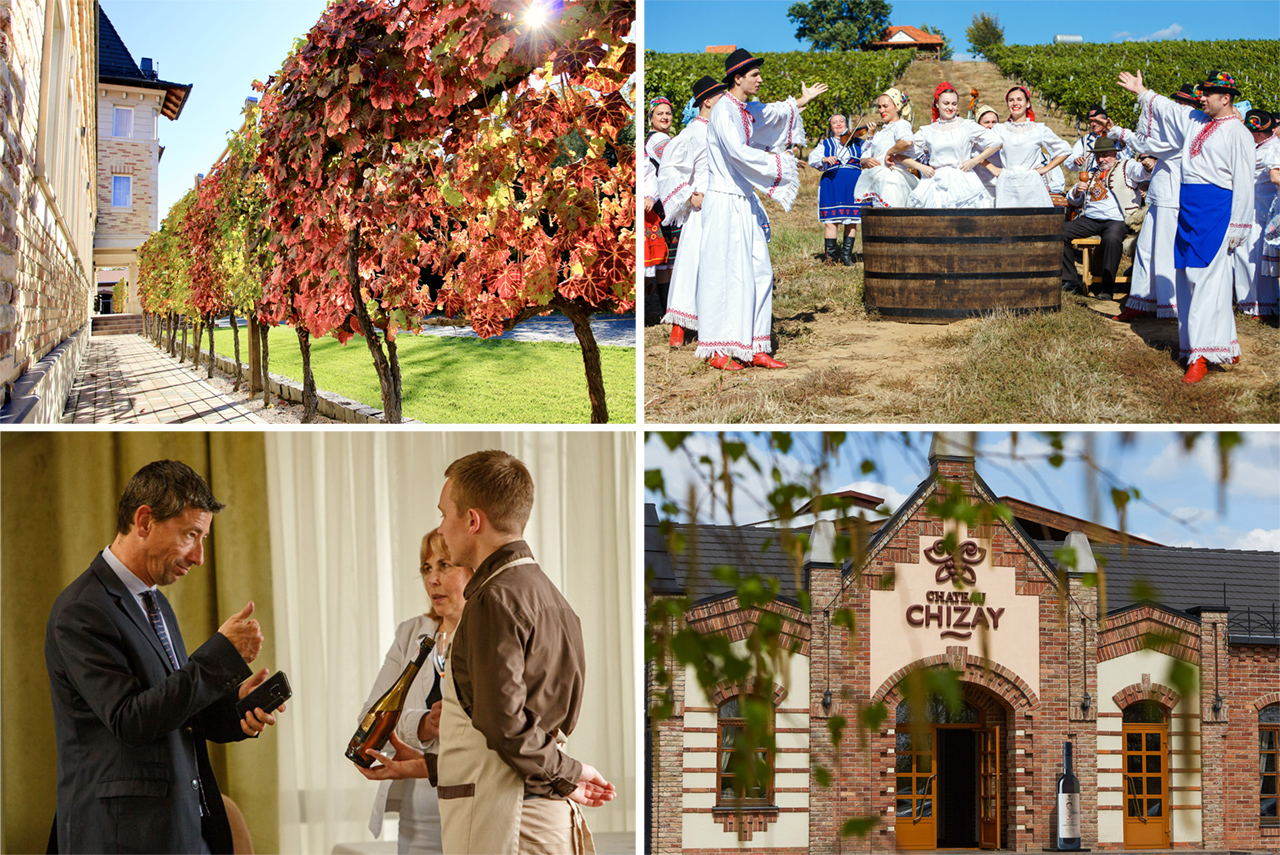 Chateau Chizay vineyards are a man-made marvel of Transcarpathia. To create them, we have united human labour, generous nature and the latest knowledge.

We arranged plantations in those regions of the area that were traditional vineyards, and where conditions are recognized perfect for the cultivation of vine.

The best soils, mostly of volcanic origin, southern hillsides and mild climate, which allows not to use artificial watering – the locations of our vineyards have the status of unique Carpathian terroir.

Chateau Chizay vineyard planting in 2006 was an event in Ukraine. We arranged our new plantations using new technology with the help of the best Austrian specialists, methods and seedlings.

And the next season we helped our colleagues from other regions of Ukraine who craved for sharing our experience.

Now our 272 hectares are 1 million 88 thousand grape bushes, one vine per each Transcarpathian inhabitant.

These are white and red European varieties of grapes. Pink Traminer, Rhine Riesling, Muscat Ottonel, Cabernet Sauvignon, Merlot, Pinot Noir and Pinot Blanc are among our favourite but not the only ones.

We improve and expand the varietal composition of our plantations, paying attention to classical and local grapes.

In Transcarpathia we say: “Wine loves the sun and shadow of the owner.” The number of sunny days in our vineyards is the greatest in the region, and our craftsmen approach each bush at least 5 times a season.

Today, our vineyards are not only plantations where raw materials for wine grow. This is a tourist attraction and the most beautiful place where Chateau Chizay hosts guests. Walking along vineyards is not only a striking photo. We are sure: the spirit of Transcarpathia lives here, here is the inspiration of our enterprise. We know what we do and love it! 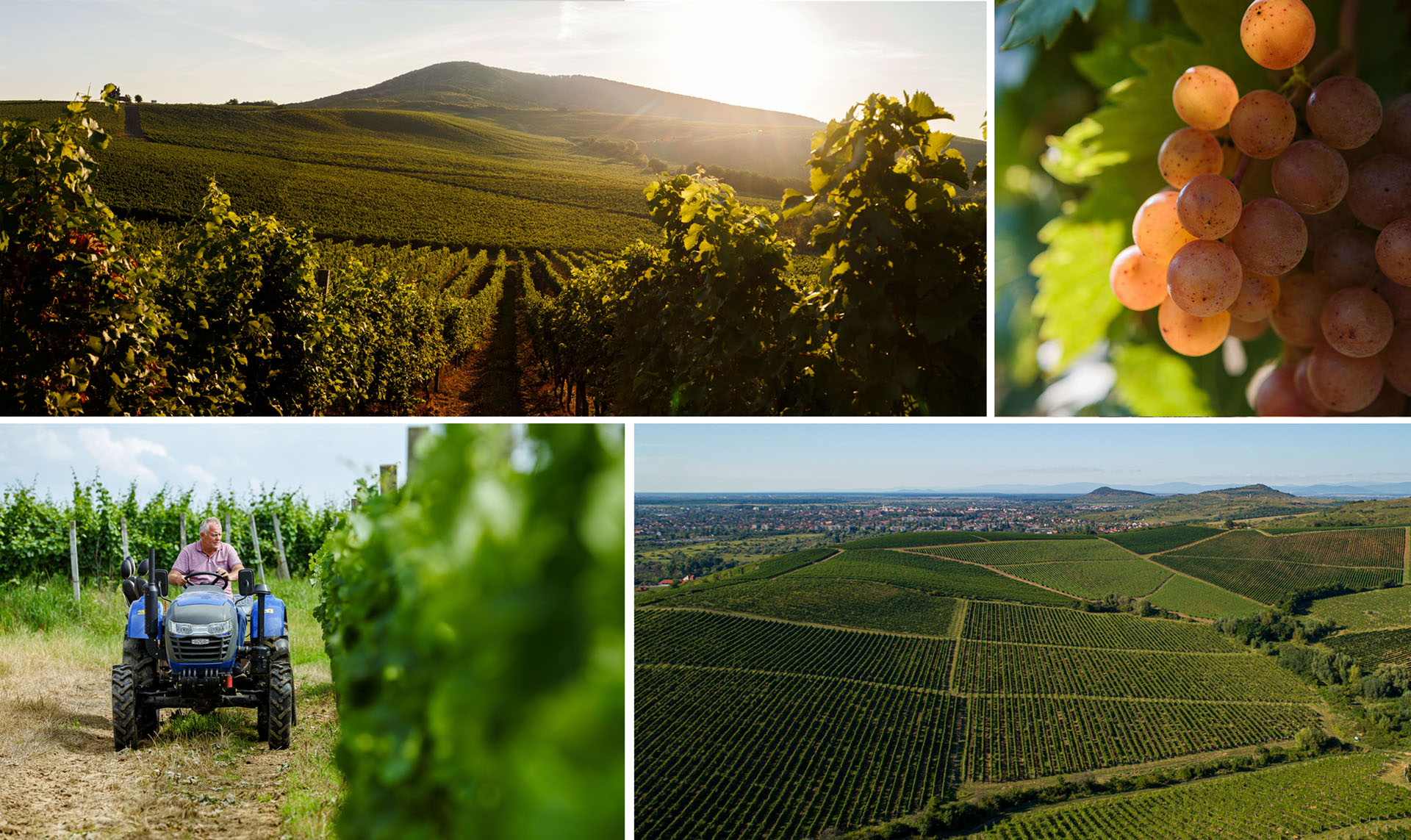 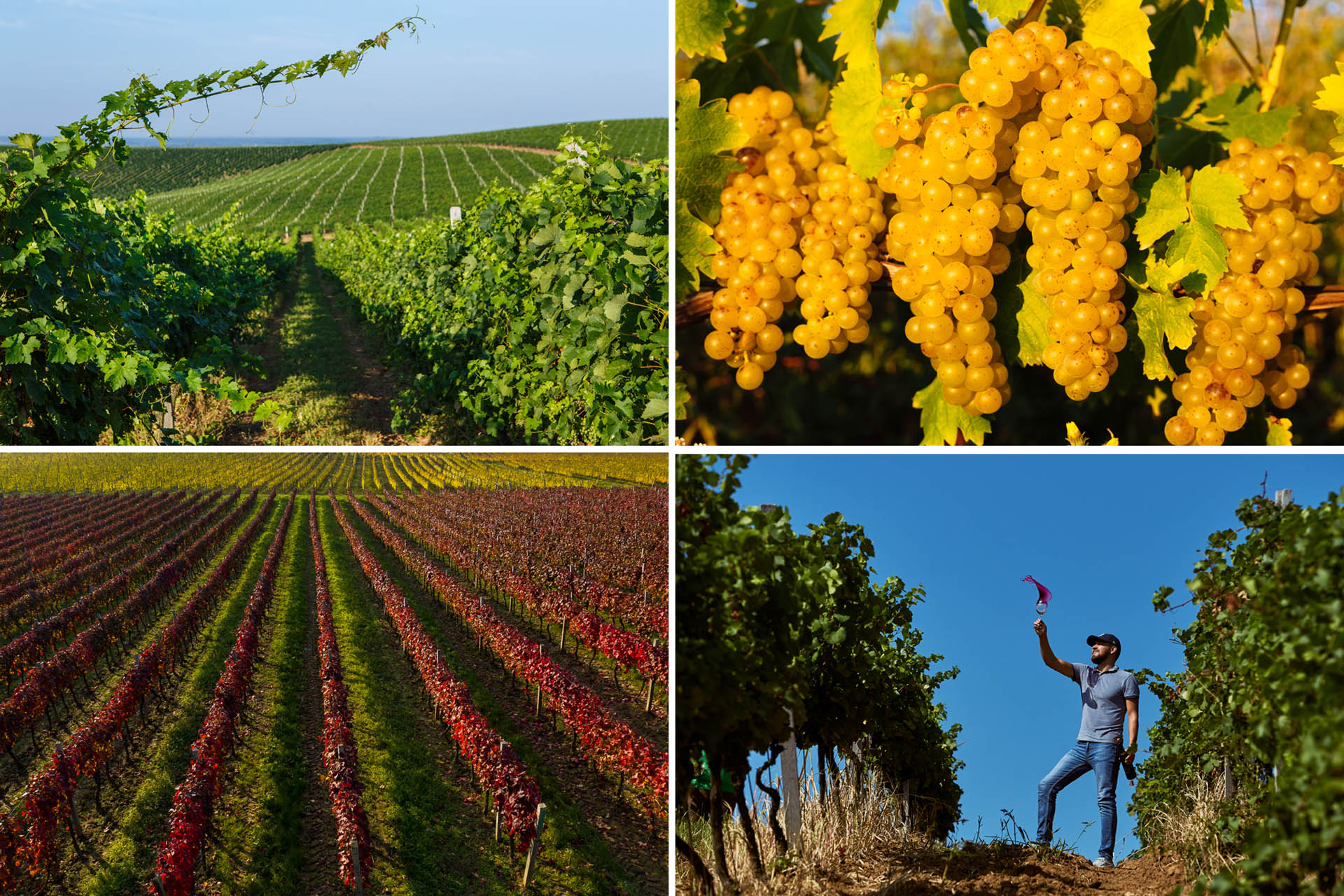 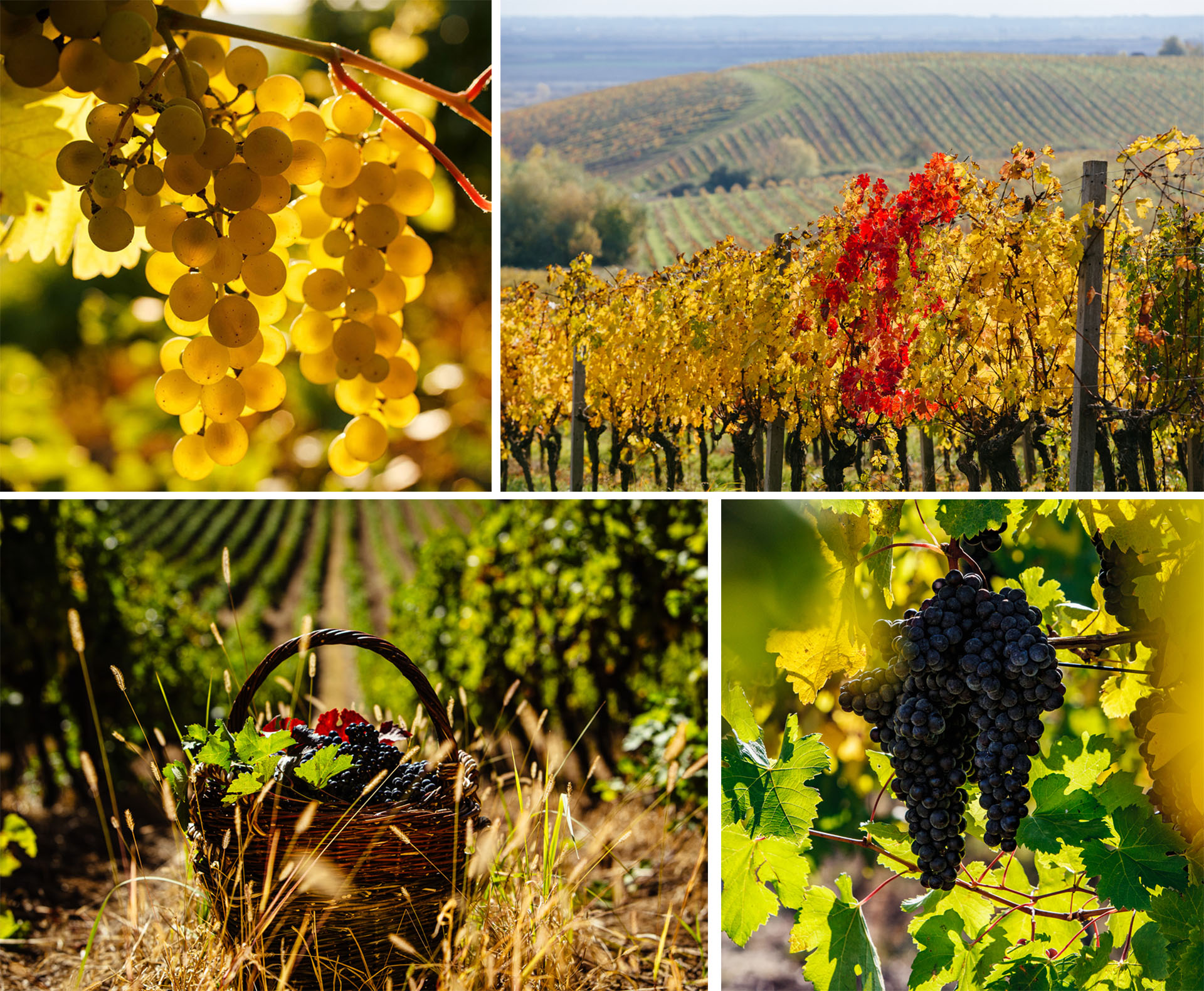 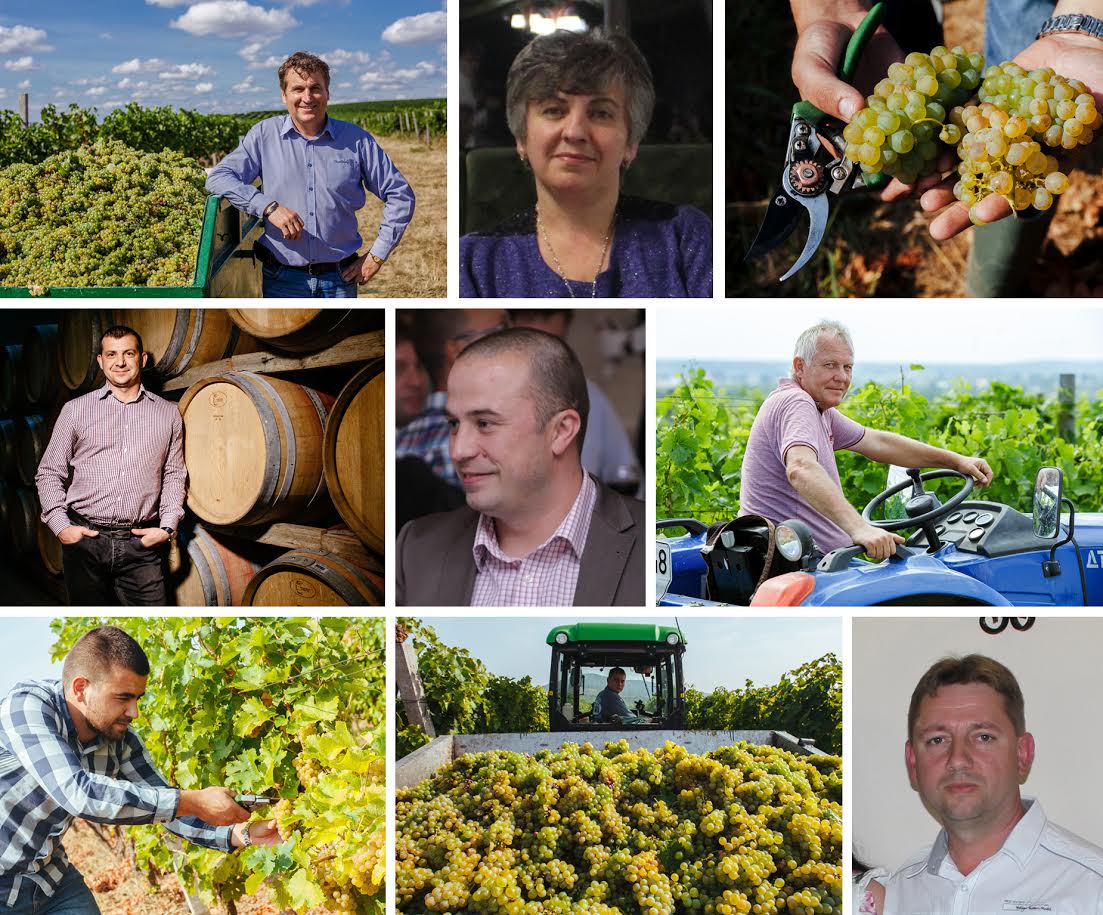